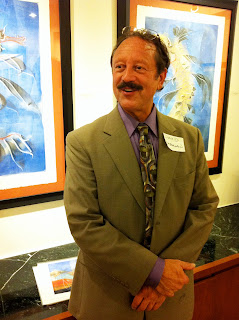 I was talking with Melissa Matson about her collaborative work with the artist David Chamberlain.  A show recently opened in the Geisel Gallery at the Bausch & Lomb Center in downtown Rochester ( to October 28th, 2013 ), and it is filled with many framed monoprints full of improvised gesture and surprising effects.

Melissa Matson is known here for being the principal violist in the Rochester Philharmonic Orchestra, but I also know of her artwork – dyeing colorful textiles, and also because of her unique printmaking art she has created with David Chamberlain. 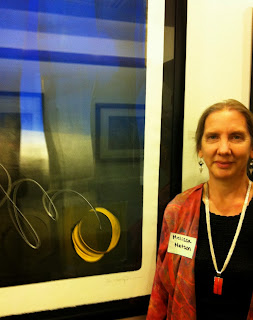 How do you prepare to work on a collaborative print?  Do you talk about how you are going to approach the print?  Melissa Matson say’s, “It is like playing a duet – keep your eyes and ears open – and feel the work unfold as if it were music – layers of color and tonality – and telling gestures that complete the print” ( as if they were the final notes in a performance ).

Some of the most unusual prints were hanging at the far end of a long gallery – they were images of dragons – more elaborate than the Chinese dragons you may have seen in a Chinese New Year festival, and somehow they were almost surreal, hanging there on their blue grounds.  Most of the prints on view contain a characteristic bravura stroke or two incised into fresh paint or ink used to make the print – these marks spring forward and create an almost palpable three dimensional space in the images. 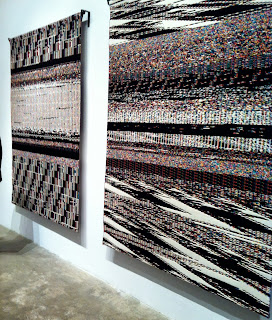 Run down East Avenue, over to the Rochester Contemporary Art Center, and another opening was taking place with four artists who specialize in new media, and this is also the first curatorial collaboration between RoCo and Signal Culture – an organization devoted to some of the latest developments in technology. 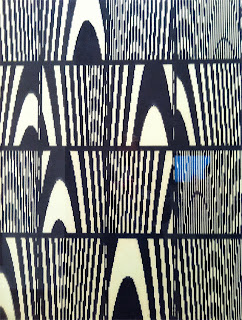 The show is called: ” Signals_now_” and it contains a variety of artworks – some projected, some hung on the wall, and some of them were woven images of spectacular complexity.  I was intrigued because some of the graphic works on the wall resembles artworks that I have going on in my studio – we have much in common, and I wanted to know more about these four artists:  Phillip Stearns ( Brooklyn, NY ), Joe McKay ( Beacon , NY ), Kristin Lucas, ( Austin Texas), and Peer Bode ( Hornell, NY ).

I want to know how these artists found one another, and they may tell us about this in an artist talk on Saturday, October 5th at 1 pm.  The use of this new technology gives these artists a common core-  a shared language of pixels and a kind of remote or surveillance camera look.  The videos of Kristen Lucas have bold graphic swirls, and colors that look like prints by Andy Warhol. 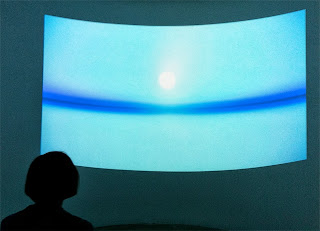 Someone said of the video presentation in the back by Phillip Stearns that it was like James Turrell with sound – but for me the real draw in the show were the digital woven blankets up front near the exhibition entrance that steal the show. 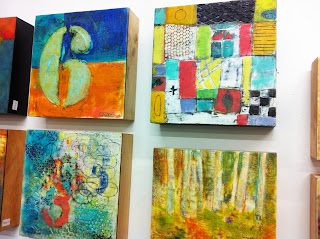 As  with other First Fridays, I went around to the studios and came upon bright encaustic paintings by Connie Mauro in the Hungerford Building, and I was also attracted to her prints on maps and other ephemera. 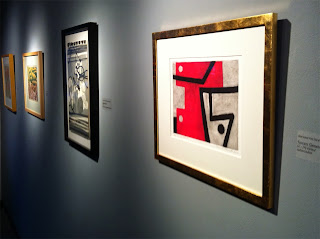 Gallery r has an annual show of printmakers where you can find a wonderful selection of prints that shows a diversity of approach and a very sophisticated knowledge of what a print can achieve.  Among my favorites there were prints by Sue Leopard and Tarrant Clements.  I will have to go back because these prints demand a closer look.  You will want to spend time in this show there is so much to take in. 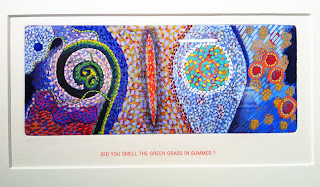