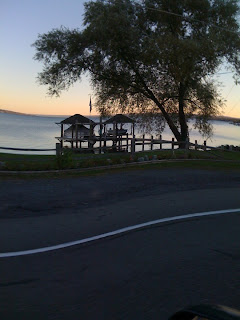 
A great photograph can bring tears to my eyes;  I am subject to the force of images – as I suspect many others are too.  Today the pace of image making must break all speed records, pictures come at us from every angle, demanding attention – and I am caught in their spell.

The first exhibition I attended – where photography was given respect as art – was “The Family of Man”.
It was arranged by Edward Steichen, and it was the culmination of his life’s work as a photographer and spokesperson for a movement.  I was with my parents, I was not more than five years old, but  I clearly recall the images from that show, now more than half a century ago.  Most if not all of the photos were in black and white, though some of the prints were very large.  I imagined myself, even at that young age, as a photographer having my show at The Museum of Modern Art.

Even though I am known as a painter and printmaker, my first exhibition in New York City was a photographic performance piece.  At that time I was a college student who shared a dark room with Joel Peter Witkin at The Cooper Union.  We took classes with Roy DeCarava ( who passed away recently ) who was known for his portrayals of jazz greats in smoky clubs.  Before I got to college I had my own pantheon of photography heroes, and within a few years I would get to meet most of them.

Walter and Naomi Rosenblum’s daughter, NIna, was in my class at The Cooper Union.  Nina as I remember painted my portrait one year.  Her father, Walter, was a teacher and skilled photographer responsible for lifting up the reputation of Lewis Hine, who was himself a great photographer of American grit and determination.  Dr. Naomi Rosenblum has written a classic history of photography; her research and clear thinking are essential.

Before I left college I was awarded a scholarship to Yale/Summer at Norfolk, and by coincidence Walter Rosenblum was teaching the photography classes there, so I had a chance to learn from the best.  My dark room technique improved, and I was beginning to feel self-confident – enough to get into an argument with the visiting artist Walker Evans ( who happened to be someone I had great respect and admiration for ).  At first, I didn’t recognize him ( he had a white beard ) but he did speak with a voice of authority.  I knew his work with James Agee in “Let Us Now Praise Famous Men”, and I had collected Walker Evans photos which I cut out of old Fortune Magazines.

The following summer I had the good fortune to be on scholarship to Boston University at Tanglewood, and once again, Walter Rosenblum was there to introduce us to Paul Strand who was there for a screening of his movie “The Wave”.  Paul Strand was quite old at that point and loosing his eyesight, but for me he was the Corot of early 20th century photography.

I had to make up my mind about what I was going to do with my art, and I felt my photos would never match up to these great masters, so I took another path towards painting and printmaking.  I made large paintings that had a hard time fitting into small gallery spaces in New York City.  One such place on east 69th street was The Carlton Gallery.  Carlton Willers’ contacts in the photography world ran deep and wide.  I met Helen Gee of Limelight, Helen Levitt, and Josef Koudelka, but the absolute high point was when I was introduced to Henri Cartier Bresson who was having a show at Carlton Gallery, not of his photos, but of his drawings!  It was at that show when Carlton offered me a signed Bresson photo of  Matisse drawing a white dove… but I couldn’t scrounge the $500. to buy the print. My great regret!

The Carlton Gallery closed after a few years, but I had a chance to meet many interesting photographers and artists there.  Now it is my turn to be the teacher, and as I work at R.I.T. I can reflect on how paths cross, and I can speculate on who the future artists will be and the stories they will tell.