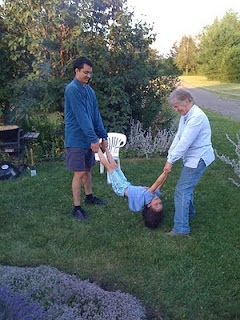 Catching up with my summer reading, I am ensconced in the letters of Fairfield Porter (1907-1975) and an autobiography of Marcia Tucker (“A Short Life of Trouble”, University of California Press) who died in 2006.  I met both of these people when they were forces in the artworld, but that artworld was much more circumscribed than what we have today, which is perhaps more democratic but spread rather thinly.  Fairfield railed against the technology that ironically would help make the arts more accessible, but he would also bring his firm intellect down on media and critics who were too authoritarian.

I regularly follow a few writers on art including Peter Schjeldahl ( Let’s See) in the New Yorker, Barry Schwabsky in The Nation, Michael Kimmelman in The New York Times, and Sanford Schwartz in The New York Review of Books, among others.  When I read their words, it is like I have an extra set of eyes and ears and I am enlightened and entertained.  In Fairfield Porter’s letters ( “Material Witness”, University of Michigan Press, Ann Arbor)  he details struggles in his life and art that jump off the page.  Early on, other artists like Willem DeKooning overshadow him, and he frets but defends his position as a painter of intimate family life ( with some substantial tools that set him apart in the early 1950’s).  Porter’s book of art criticism ( “Art In Its Own Terms”) will renew your interest in painting if it has lagged, and any artist who paints the landscape owes him a debt.

Marcia Tucker’s book is much more present, and as a curator and museum director she has left a richer legacy that is still being tested.  The first few chapters of her memoir could be called the trials and tribulations, as she deals with death and near-death experiences – not the kind of thing you would expect from an art history student, and soon-to-be curator.

I felt her impact when I lived in New York City where she curated shows for the artists Bruce Nauman and Richard Tuttle while she worked at The Whitney.  I could have guessed that she was an early feminist, that she was an engaged political activist and she bucked the system which turned her out and away from The Whitney Museum and onto a path towards directing her own museum.

Her show “Bad Painting” sent out ripples in every direction and it was just one of the noteworthy projects she instigated while working at her start-up “The New Museum” before it found a space in Soho.  I think I saw every show she produced for a number of years while she was first at an annex to The New School on 14th Street, and later when “The New Museum” moved down to Broadway.
The late 1970’s and 1980’s brought “pluralism” and efforts to shake the gallery system and the old boys network that so dominated the visual arts in prior decades.

Marcia Tucker provided a role model for women in the arts, she blazed trails that few had taken before she arrived.  She had courage and smarts, and stayed on course even when the going was very rocky and she was almost broke.  Even if you never knew of Marcia Tucker, you can still feel the repercussions of what she accomplished in the world of visual arts.