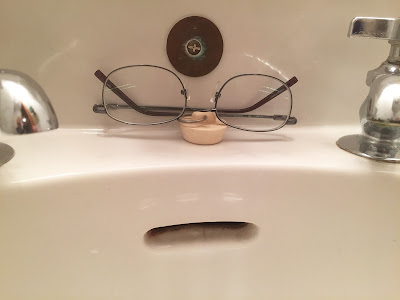 What Are You Looking At?
Artists have a fearful power of expression that can direct your attention – as if you were listening to someone through a megaphone.  It is the bully pulpit of the arts, it is the power of suggestion, and the strength of the artist whose skills can lead you in a direction, and may affirm your beliefs or confound them.
Sometimes it is the forum to which the artist brings their wares – just to get you to look at them.  Maybe the artist feels that if you look at the things they produce, that you may want to have one for your very own. 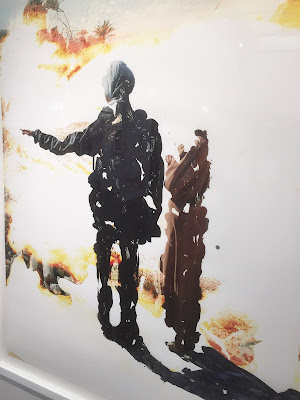 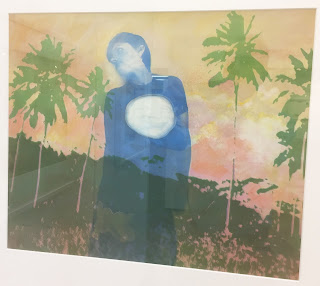 Bea Nettles
in
Transformational Imagemaking
Here, in the new exhibition, it is not only the power of photography – but also the manner in which the prints are made that can have such a positive effect.  This is a large group show that features some alumni of RIT, as well as faculty members from the past and present and includes well known names such as Les Krims and well-regarded artists such as Bea Nettles. 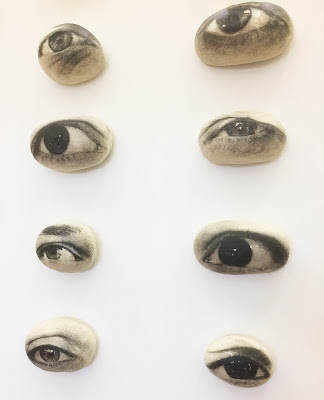 Tatana Kellner
photography on molded paper
“Eye Witness, 2001”
This new show comes to us from the CEPA Gallery in Buffalo and it has some engaging aspects for photography not often seen, including some prints on molded paper by Tatana Kellner of eyes that can stare you down ( Eye Witness, 2001 ).  I say that the artist has the power to attract your attention and give you something back in that transaction.  Maybe it could be something humorous and risqué at the same time like the photo by Les Krims of a nude with the Mickey Mouse balloons. 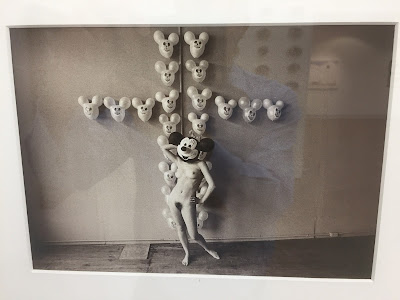 Les Krims
There are also the cumulative effects of seeing the use of photographic images compounded in a book form – or as in the case of a work by Scott McCarney – an accordion fold publication called: ” Memory Loss” of 1988. 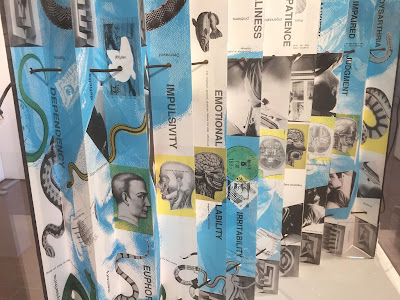 “Memory Loss” by Scott McCarney
Photos can have a very surreal point of view because of what you can do in the darkroom ( or today with Photoshop ) and we see that as a regular part of the program in the work of Jerry Uelsmann. There are several of his distinctive prints in the present show. 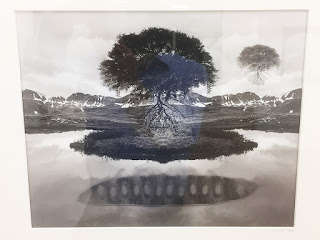 Jerry Uelsmann in the show titled
“Transformational Imagemaking at RIT
Now, I would like to move into the realm of painting seen through the eyes of my colleague, Luvon Sheppard who is presenting a solo show in the Davison Gallery on the campus of Roberts Wesleyan College in the western suburbs of Rochester.  This show called: “Forms of Content” brings together many new paintings in watercolor and acrylic and even some surprise sculptural works which Luvon has in store.  His show in many ways could be an extension of “Transformational Image-making” because he shares some of the same notions about process and suggestion in the art on view. 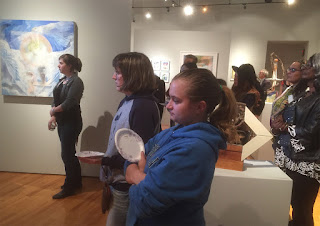 Luvon Sheppard talks to his audience
at
Roberts Wesleyan College
Luvon Sheppard spoke about his artwork at the reception for his show and he expressed his intense interest in watercolor and what the process can reveal.  As a teacher and Professor, in the School of Art at RIT he has said that he has learned as much from his students in his classes – and he has been teaching for many years ( 45 years plus ). 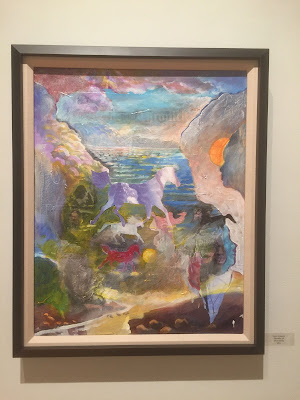 Luvon Sheppard’s “Horses”
Luvon has a very interesting background, and his artwork has evolved to now include elements of abstraction and collage, along with his ability to tell a story in paint.  His inquisitive personality, and his kindness has won him a very strong following and I am happy to call him a friend and fellow teacher, and office mate for the past couple of decades. 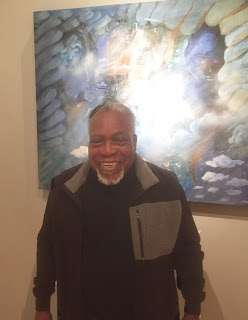 Burchfield in Buffalo and Drawings by Joan Linder